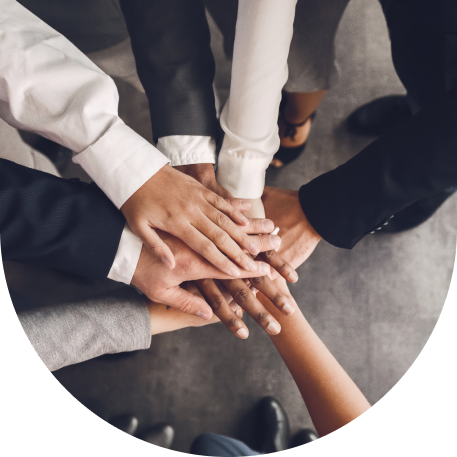 The theme of the event was “The Brazil-Germany partnership for a sustainable future” and included business and ministerial dialogues, in addition to panels on green hydrogen, sustainability, digitalization, and health. Online business meetings were also held between Brazilian and German entrepreneurs with a focus on the renewable energy sector.

The meeting had the participation of around 400 entrepreneurs from both countries. The target audience of the event were industrial business leaders and government authorities who play a leading role and engage in activities to expand visions and perspectives for the promotion of business relationships between Brazil and Germany.

During the DBWT, business matchmaking focused on the renewable energy sector were held between Brazilian and German businessmen. The meetings were organized the Network of International Business Centers (CIN), in partnership with the Brazilian Export and Investment Promotion Agency (Apex-Brazil), with the support of the German Agency for International Cooperation (GIZ).

The objective of the German-Brazilian Economic Meeting is to discuss initiatives to expand the flow of trade and investment between Brazil and Germany, as well as strengthening the cooperation opportunities between the two countries.

The exchange of information among participants

The establishment of relationships aimed at generating new business

During the 38th German-Brazilian Economic Meeting, virtual business meetings were held, focusing on the Renewable Energy sector, with the presence of international importers.

Panel I: Digitalization as driver for resilience in business 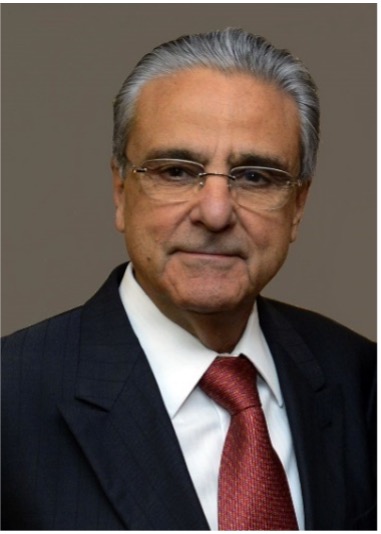 Mechanical Engineer. He presided over the Federation of Industries of the State of Minas Gerais for two terms (2002-2010). He was elected president of the CNI in 2010 and re-elected in 2014 and 2018. He is also president of the National Council of National Service of Industrial Learning (SENAI) and of the Superior Council of the Euvaldo Lodi Institute, and director of the National Department of Social Service of Industry (SESI).

He leads the Entrepreneurial Movement for Innovation (MEI), a CNI initiative with around 300 CEOs, and the National Industry Forum, with around 70 sectorial associations.

He leads the Orteng Group, a Brazilian conglomerate that supplies electrical and electromechanical equipment and energy and automation systems for the national and international markets. 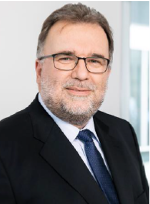 Engineer, he joined Siemens AG in 1992. He was director of the Medical Technology Division, member of the Board of Directors and was elected president of the Federation of German Industries (BDI) in November 2020.

He serves on the Executive Board of the National Academy of Science and Engineering and on the Board of the German-Swedish Chamber of Commerce. Since 2009, he has been an honorary professor of mechatronics at the University of Erlangen-Nürnberg. 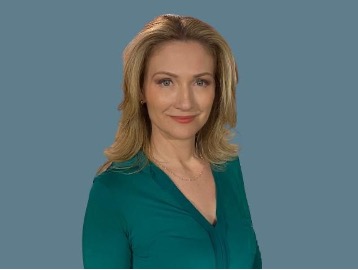 Moderator, journalist, commentator for GloboNews and columnist for the G1

She also served as a fellow-reporter at the St Louis Post-Dispatch (USA) and was a special advisor to the ministers of Finance, Henrique Meirelles and Eduardo Guardia. 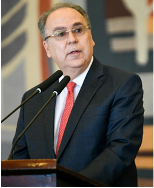 As a career diplomat since 1980, Ambassador Simas has been Head of the South America II Division, Advisor to the Secretary General of Foreign Affairs, and Director of the Africa Department. He has also served at the embassies in Washington, Moscow, Quito, and Madrid, and at the missions to the United Nations (UN) and to the Organization of American States (OAS).

He was ambassador in Quito from 2010 to 2015. He held the position of assistant professor for international political affairs and vice president of the panel of examiners at the Rio Branco Institute 58th High-Level Studies Program.

He was Undersecretary General for Multilateral Political Affairs, Europe and North America between August 2015 and August 2018, overseeing the Departments of Europe (DEU), of the United States, Canada, and Inter-American Affairs (DECIN), of International Organizations (DOI), of Human Rights and Social Issues (DHS), and the General Coordination for the fight against Transnational Crimes (COCIT).

In addition, he served as Permanent Representative of Brazil to the OAS from August 2018 to May 2021.

Graduated in Law and Political Science. State Secretary of the Federal Ministry of Economy Affairs and Energy, since 2018. He has held a variety of senior roles and positions in the fisheries sector and in the areas of administration, finance, and trade.

Shareholder of SLH Sea Life Harvesting Bremerhaven. He was Vice President of the Bremerhaven Chamber of Industry and Commerce on two occasions and Chairman of the Board of Directors of the Deutsches Verkehrsforum (German Transport Forum).

He served two terms as Finance Senator. He is Professor of International and European Commercial Law and Financial Relations at Jacobs University Bremen. 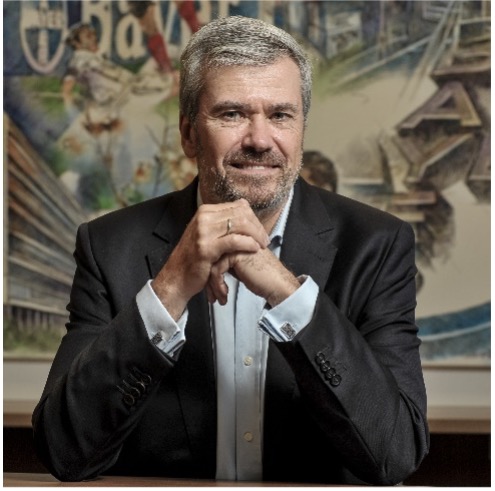 Engineer. Has been with Bayer since 1985, where he has worked in Spain, Poland, Germany, and Argentina. 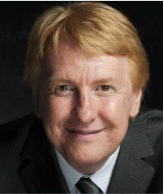 Lawyer. He worked at the Ministry of Justice, at Unilever and at Mercedes-Benz in Brazil.

He has been President of Embraer Defense & Security since January 2014. He chairs the Boards of Directors of Tempest (Security Intelligence Company) and Visiona Tecnologia Espacial SA. 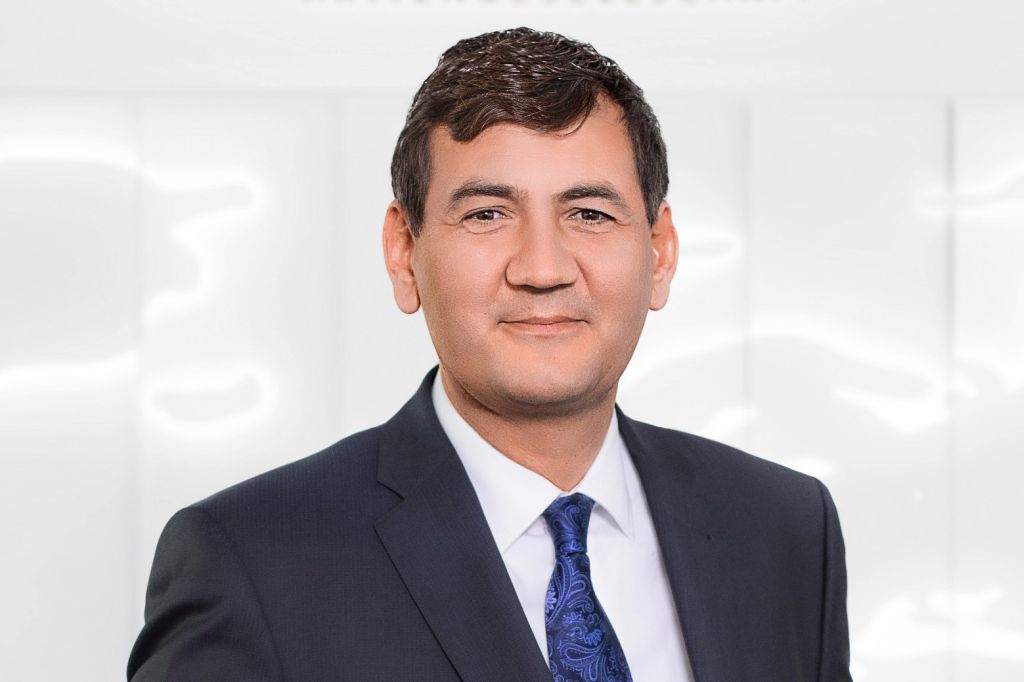 Chairman, LADW, and Member of the Board of Management, Volkswagen AG

In the Volkswagen Group since 2000, he acted as press spokesperson for the Group Works Council, served on the Supervisory Board of Volkswagen AG and was general secretary and general manager of the Working Council.

He is currently a member of the Board of Directors of Volkswagen AG, responsible for the Human Resources sector for the Trucks and Buses division.

Panel I - Digitalization as driver for resilience in business 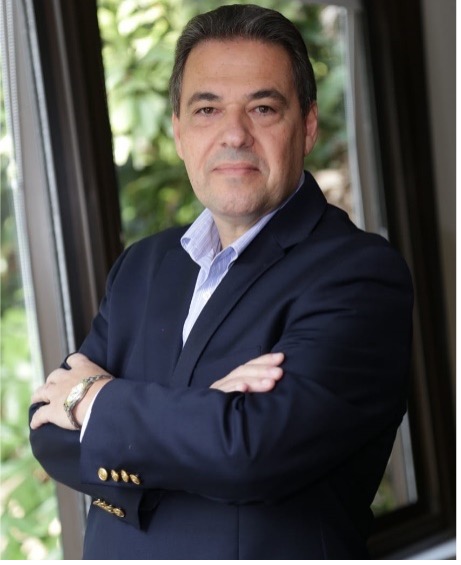 Engineer. He worked for 28 years at the Ford Motor Company where he held various positions including Plant Manager of the Automotive Components division in Spain and Mexico, Managing Director of Ford South Africa, President and CEO of Ford of Mexico, Executive Director of Product Development in the United States, and President of Ford Brazil and Mercosur.

He joined Iochpe-Maxion in 2012 as Corporate Vice-President and has been the Company’s President & CEO since 2014. 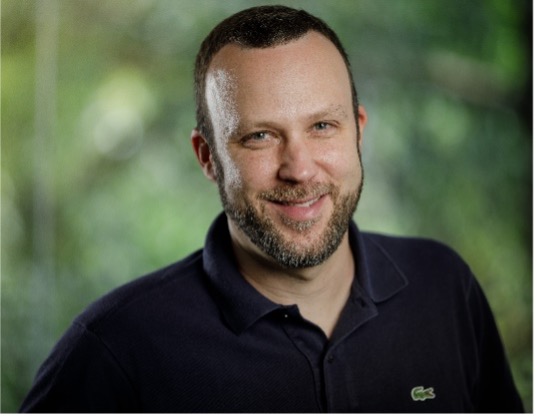 Graduated in Advertising and Marketing, he worked at Unilever, Credicard, was general director of DeRemate.com in Brazil, founder and CEO of Gibraltar.com and director and member of the Board of Directors of Linx S.A.

He was CFO and Director of Investor Relations at TOTVS, responsible for the IPO in 2013, in addition to conducting 20 acquisitions. He was also Executive Vice President of New Markets in the Business Unit focused on Fintech. 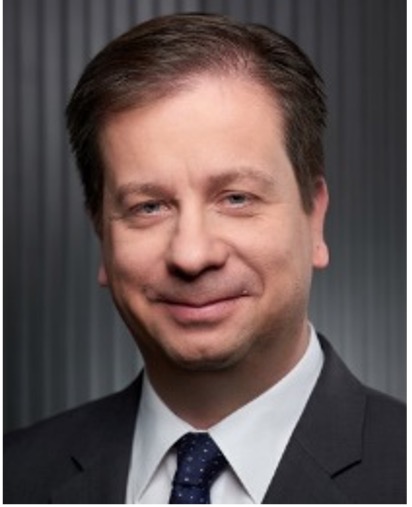 CFO and Member of the Executive Board, SAP SE

Lawyer. Began his career at SAP in 1996 as a member of the corporate legal department. He was CFO for Germany, Austria, and Switzerland before taking on the role of Global Field Finance.

He is currently a member of the Executive Board and Chief Financial Officer of SAP SE. He is also responsible for the Business Process Intelligence unit and oversees SAP's sustainability efforts. 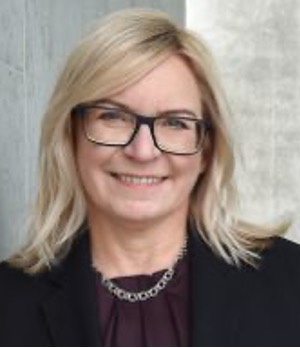 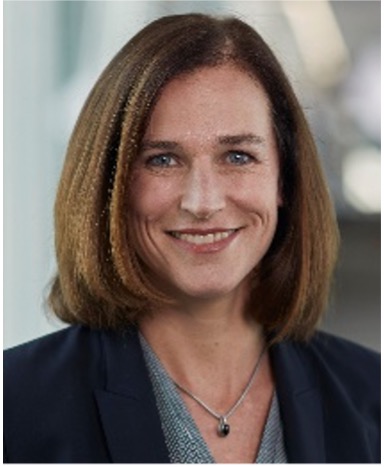 Chief Human Resources Officer, Chief Sustainability Officer and Member of the Managing Board of Siemens AG

With an MBA from Harvard Business School. She was Vice President of OD Chocolate at Mars Inc. in Brussels and Mount Olive at Mars Inc. in the United States and Director of Human Resources at DSM.

She is Director of Human Resources, member of the Board of Directors of Siemens AG, Labor Director, and member of the Advisory Board of CHRO at Gartner Global. 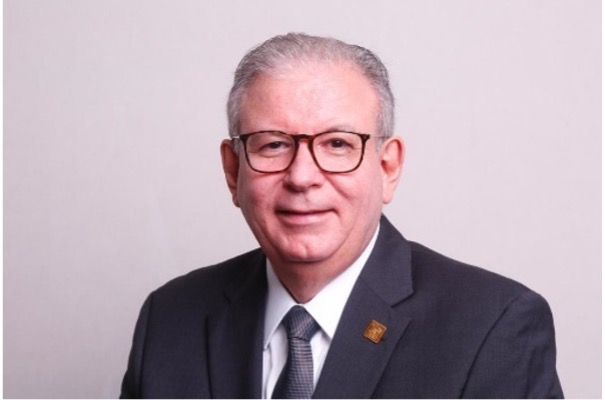 President, Federation of Industries of the State of Ceará, FIEC

Graduated in Financial Management, he has worked for over 30 years in the industrial sector, in the mining area. He is the current president of FIEC, Sindminerais-CE and the Deliberative Council of Sebrae-CE.

He presides over Associação Nordeste Forte, an entity that brings together all Federations of Industries in the Northeast Region. 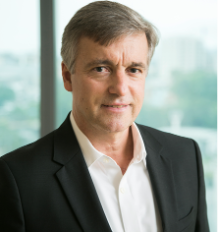 Mechanical engineer, he leads the operations and businesses that bring together the countries of Brazil, Argentina, Chile, Bolivia, Paraguay, Peru, and Uruguay.

He joined the company in 1987, occupying executive positions in Brazil and abroad. In 2017, he was named president of White Martins Brazil and in 2018 president for Latin America South. 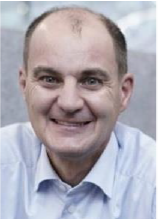 Member of the Executive Board, Siemens Energy AG

An aerospace engineer, he joined Siemens in 1995. He was Vice President of Business Development Energy Services, CEO of Wind Power & Renewable Energy Services, Executive Manager of Power & Gas Transformation Project, among other positions.

He is a Member of the Executive Board and Labor Director at Siemens Energy Management GmbH and Siemens AG, since 2020. 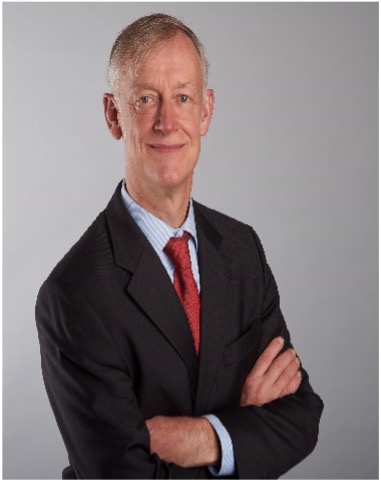 Member of the Management and CTO, Waelzholz Group

As a graduate of industrial engineering, he dedicated his professional life to the steel industry. Following his graduation, he held various positions at Salzgitter and Hydro Aluminium Germany.

In 2007 he joined the Executive Board of the Waelzholz Group as CTO. In addition, he is a member in numerous committees such as the BDI Committee for Energy and Climate Policy as well as the association of the German cold rolling industry (Fachvereinigung Kaltwalzwerke). 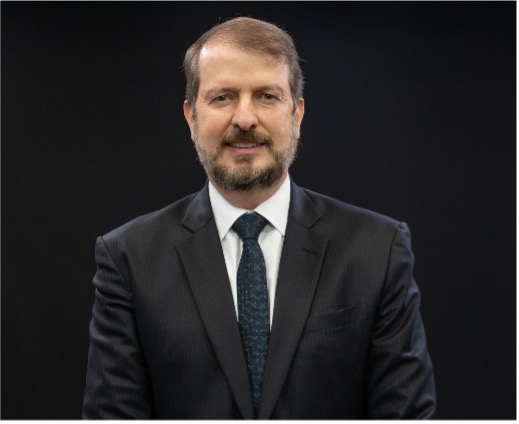 Economist. He led the structuring of the Business Mobilization for Innovation and the implementation of 27 SENAI Innovation Institutes. He expanded the role of SESI and SENAI in their education agendas.

He was a member of EMBRAPII and Worldskills International, and served as Secretary of Science, Technology, and Innovation of the State Government of Bahia. 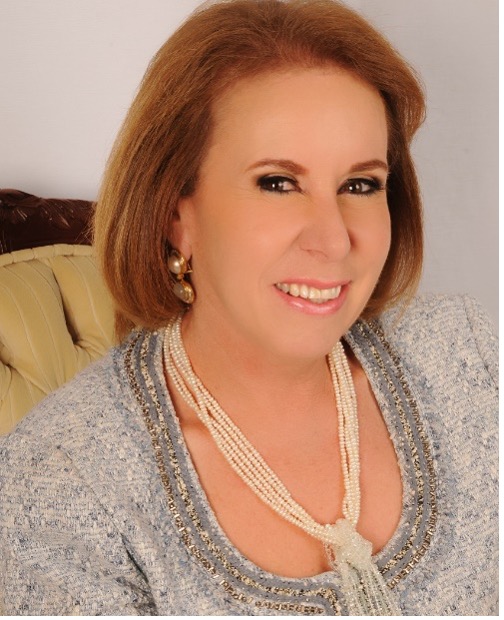 Pharmaceuticals-biochemistry, she was president of the Soroptimist International Club of Brasilia, has her work recognized as a reference in the health sector, having been elected by Valor Liderança Magazine as one of the best managers of companies in Brazil, for two consecutive years.

In 2020, she received the Women Who Make a Difference Award from the US Embassy. Received the title of Health Reference Professional in Corporate Governance, granted by Live Healthcare, in 2015.

Chairman of the Board of Managing Directors, Boehringer Ingelheim

Previously, he was a member of the Board of Managing Directors with responsibility for Finance and Animal Health, Vice President of Finance, Head of the Controlling Department of the Subsidiaries, among others. 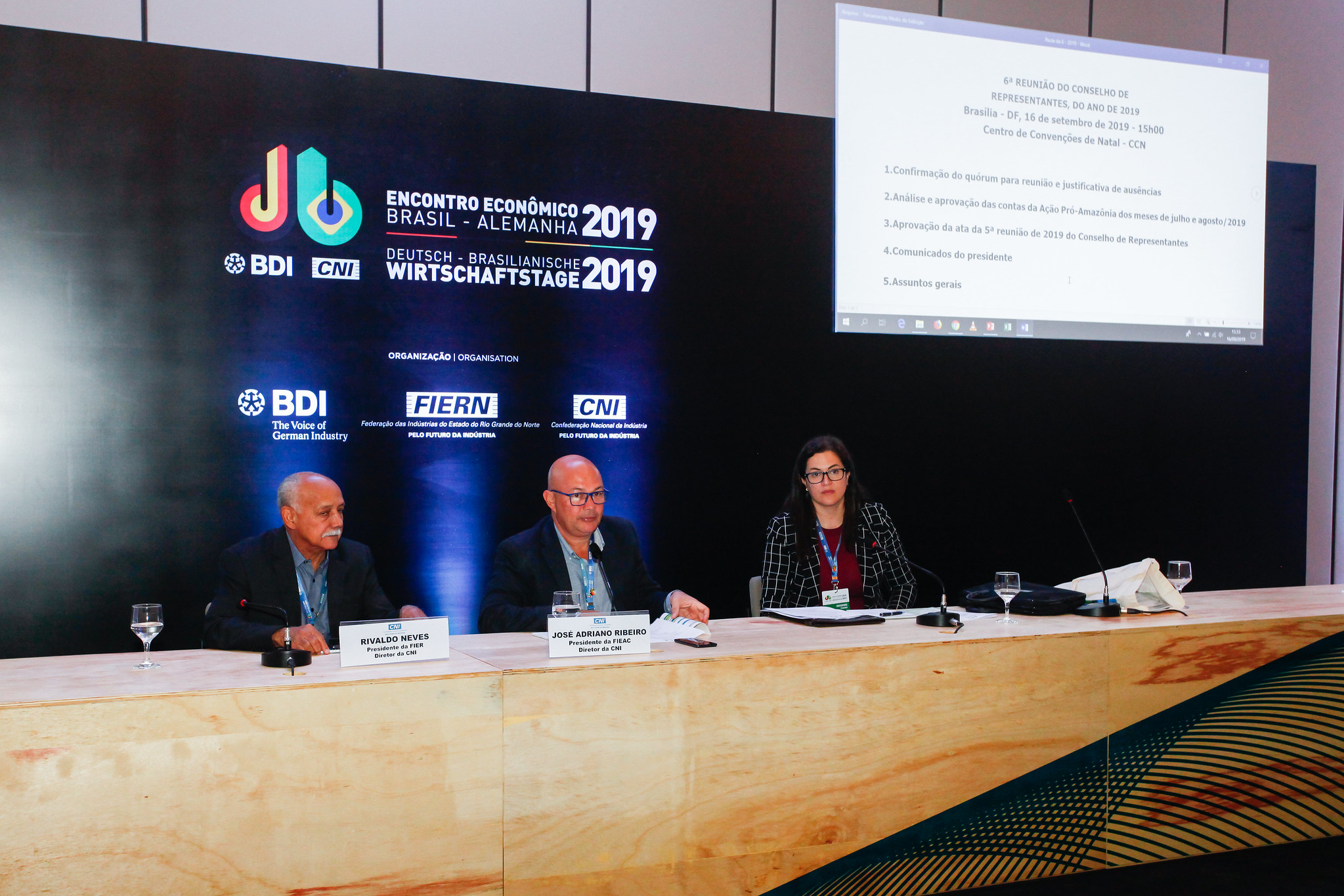 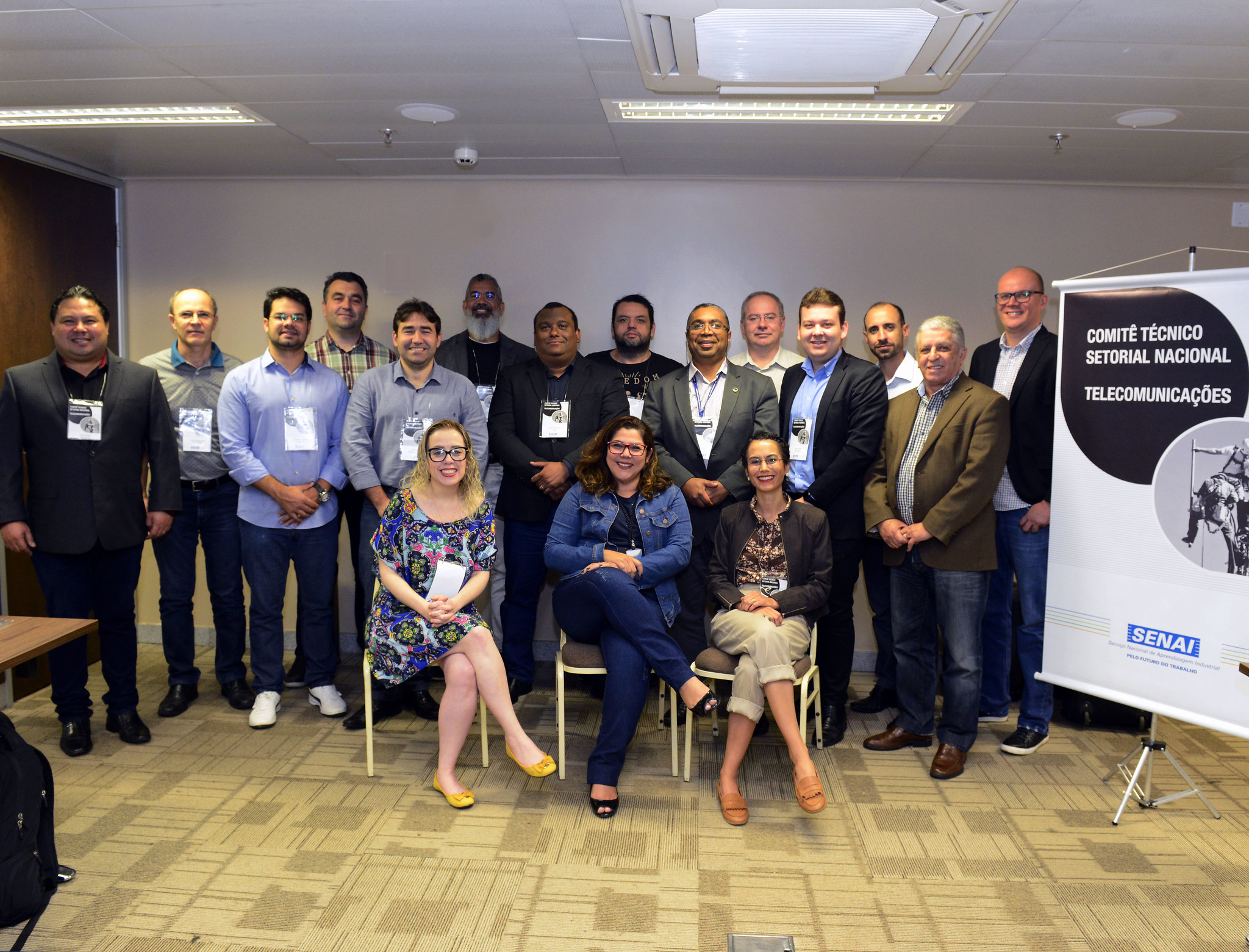 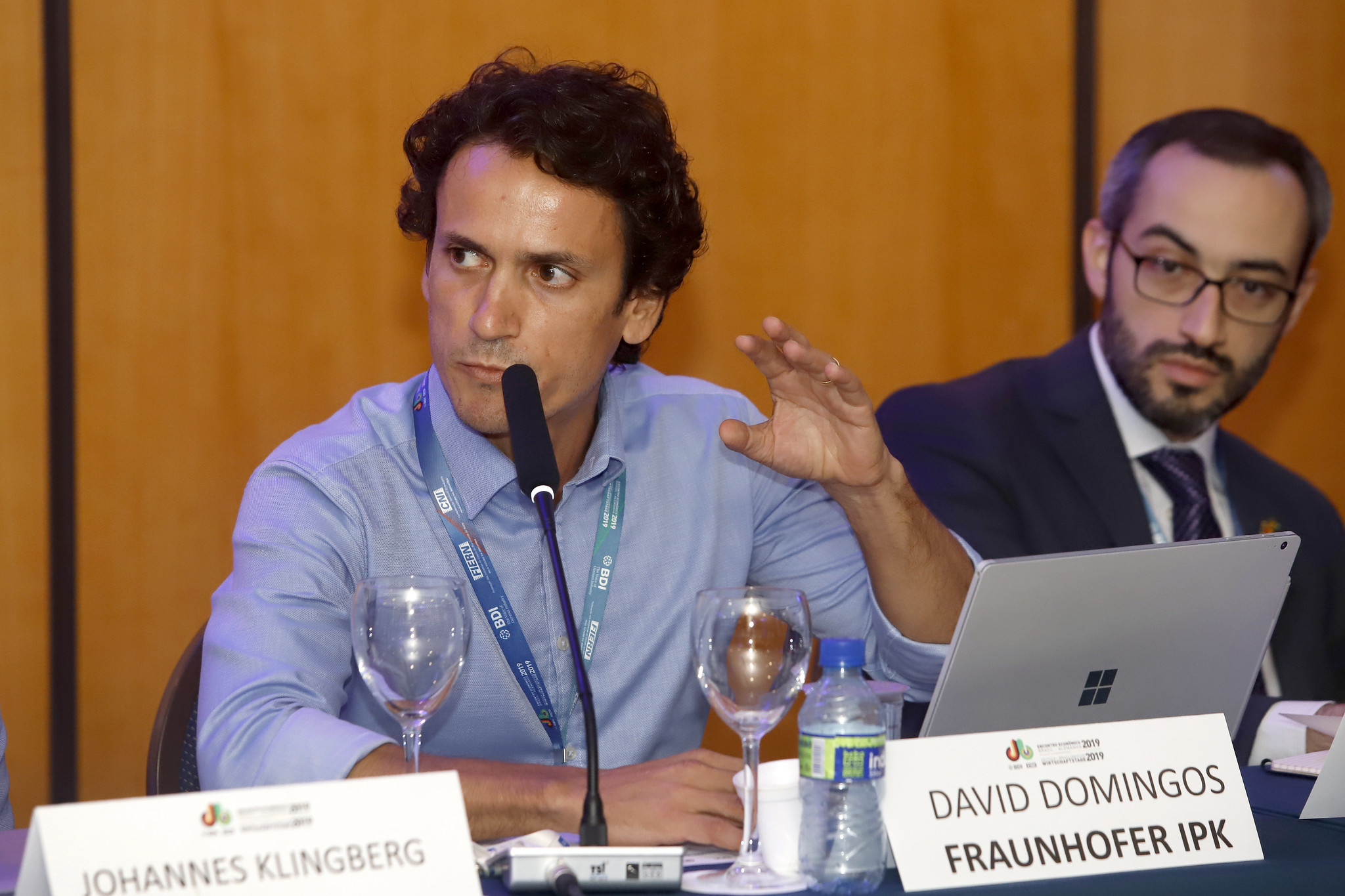 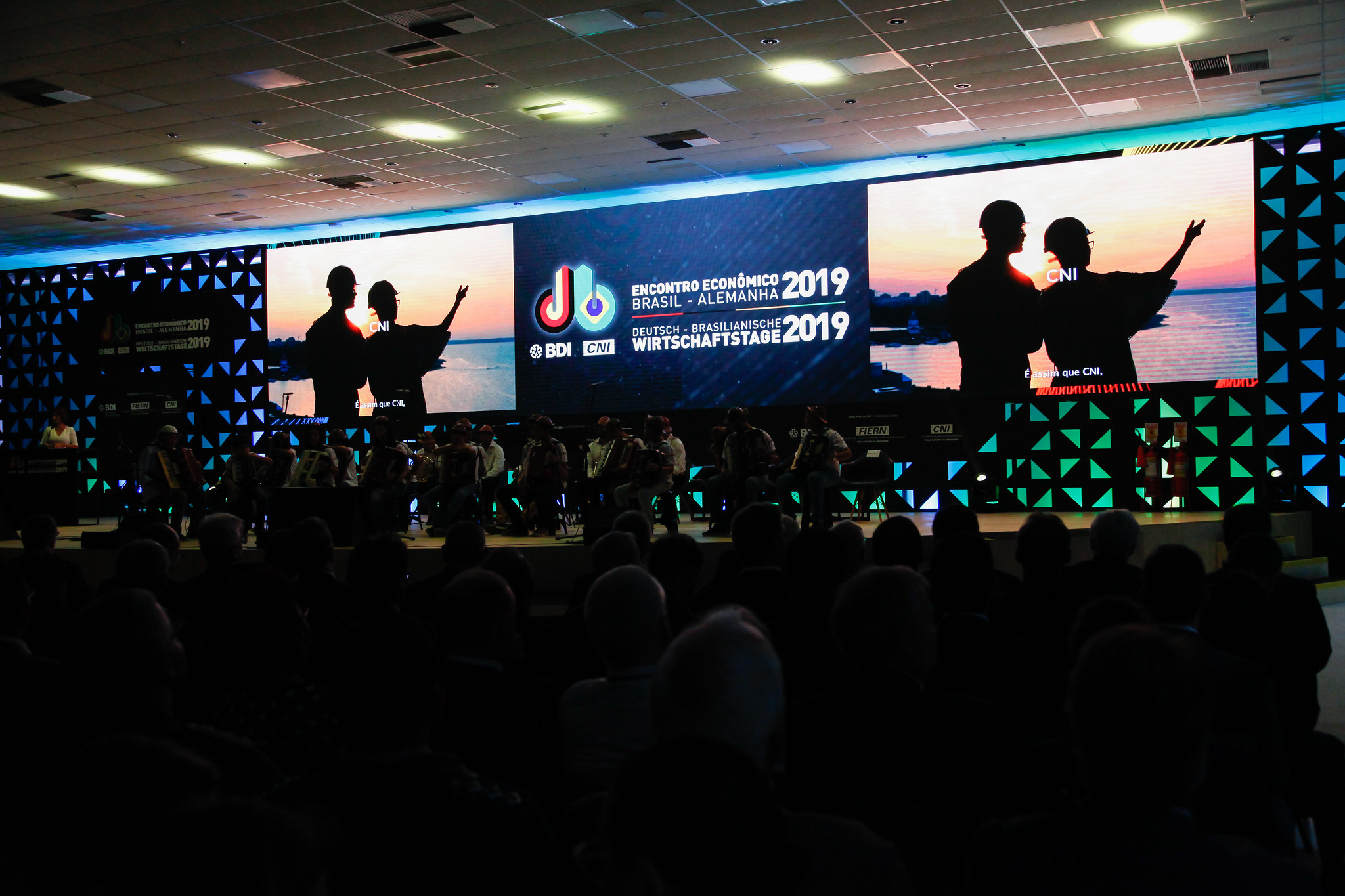