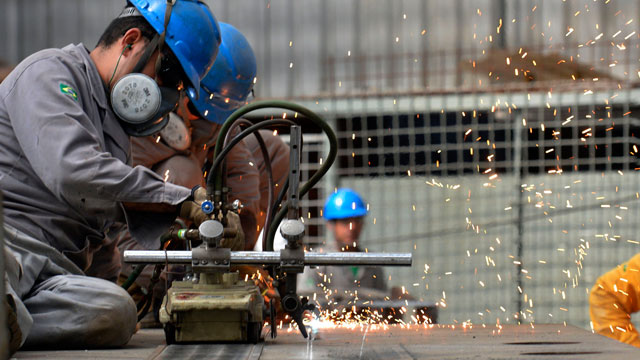 15/09/2016 - The National Service for Industrial Training (SENAI) will train instructors, teachers and directors of the National Service of Professional Promotion in Paraguay (SNPP), an institution that acts in a similar way to SENAI in the neighboring country. It is an international service project that has been signed with the Japanese International Cooperation Agency (JICA). With a duration of a little more than four years, the agreement provides for several courses that will help the SNPP to develop educational programs for vocational training.

The project starts now in September and will be developed by SENAI of Paraná. The training aims to strengthen the capacity of service of the Paraguayan institution next to the industrial sector. For SENAI’s International Relations Executive Manager, Frederico Lamego, this training can also benefit Brazilian companies that are becoming international and place Paraguay as a priority market.

“At first, SENAI received Japanese technology and knowledge in several industrial areas. In the last few years, we have taken this knowledge together with JICA to other countries, in which Japan also has commercial interests”, he explains. Lamego points out that the agreements with JICA are the recognition of SENAI’s operations abroad.

SENAI AROUND THE WORLD - A similar project to the SNPP in Paraguay will also be developed in Angola and Mozambique, in partnership with JICA. Meanwhile, in Haiti, a project for the implementation of a US$ 17 million professional training center is being negotiated with funds from the country’s reconstruction fund. The project is executed in partnership with the Brazilian Cooperation Agency (ABC). It will be the tenth SENAI center of professional training abroad.

SENAI is also negotiating a project with Russia to train instructors and competitors from that country, with a focus on WorldSkills 2017, the largest worldwide dispute of technical professions. Also under negotiation is a consulting project for teams from the United Arab Emirates, which will host the next Olympiad of professional education.